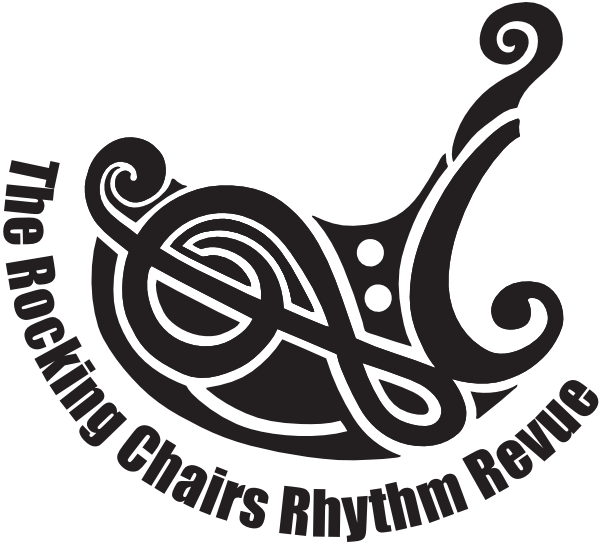 Eventful and Exhilarating. A delicious treat for the ears!

We perform any function that involves music or some combination of music, comedy, or variety performance. We are committed to family-friendly entertainment suitable for all ages, but can customize our repertoire to fit the needs and theme of your private party, corporate event, nonprofit fundraiser, or other celebration. We can also provide original music for retail store and product promotions, TV, radio and web commercials.

Our interactive, theme-based multimedia seminars are designed to entertain and inform audiences of all ages about the history, styles and pioneers of mid-20th century popular musical genres.

Musical Branding is the use of music to define, enhance and promote your products, services or events. We can provide customized live or recorded music for your events, advertisements, web sites and other presentations.

Musical Logo — A musical phrase or theme that complements your visual identity or functions independently as a sound bite to drive your brand message.

Musical Themes — Jingles or other sound bites or phrases that promote and support your brand identity.

Incidental Music — Music with or without lyrics that thematically relates to a specific product, service, promotion or event. 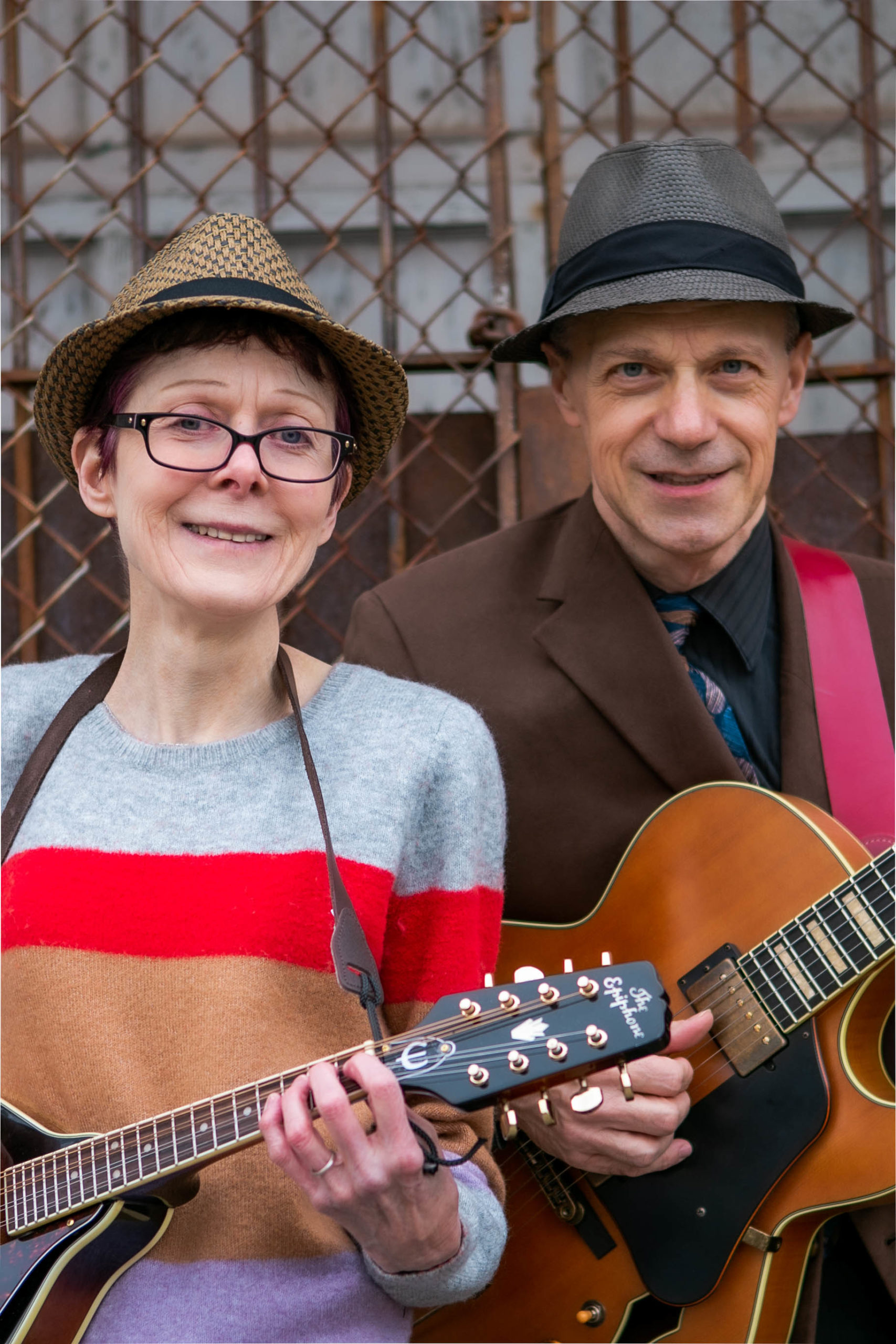 We play jump blues, western swing, rockabilly, standards, traditional, even classical music with everything but the kitchen sink (although if you provide one, we’ll play it, too.) From Bach to the Blues Brothers, we put our brains, fingers, toes, and hearts into every note we play.

Once upon time in the 1930s and 40s, Harlem was the hot spot of American popular music. The Upper Manhattan neighborhood became a mecca for Swing Bands, and later, small jazz combos with a ‘big band’ sound. In the 1950s, Chicago became the new voice of hip, introducing a faster, more energetic style of rhythm-based blues that would become the foundation for rock ‘n’ roll from Chuck Berry to the Beatles and beyond. Long Island hipsters Audrey Hepcat and Midnight Earl (the Rocking Chairs) did not grow up in Harlem in the 1930s, Chicago in the 1950s or London in 1964. But they did discover a kind of stir fry mix of these sounds in 2004 during a weekly late-night jaunt to the Apollo Diner in East Meadow, NY. After hearing saxophonist Louis Jordan and his Tympany Five, Hepcat and Earl knew they had found their true calling with the very entertaining musical form called ‘jump blues.’

But jump blues is just the starting point. Music, comedy, a little history and lots of fascinating rhythm come together in this one-of-a-kind 2-person band that celebrates the best of American and British popular music from the 1930s to the present. The foundation of the Rocking Chairs sound is rhythm and strings, hence the name ‘Rocking Chairs Rhythm Revue’. Their music combines the brassy riffs of swing bands, the energetic dance rhythms of jump blues, and the comedic flair of vaudeville theater in arrangements you won’t hear anywhere else. And while most neo swing bands rely on trumpets, trombones and saxophones, the Rocking Chairs brings the music to life with a more subtle, but eventful palette of guitar, cello, mandolin, an occasional keyboard and bass, and an assortment of novelty instruments.

Some of the music will be familiar, but you will also hear music that is new and different — even though it may have been written 80 years ago. From SUN Records to Apple (not the computer company), from Broadway to Nashville, from Memphis to Merseyside, The Rocking Chairs Rhythm Revue will take you on a musical excursion you won’t soon forget.

As one listener commented: “The Rhythm Revue is an ice cream sundae with chocolate sprinkles for my ears.”

Eventful and Exhilarating. A delicious treat for the ears!

They will keep you awake at night. 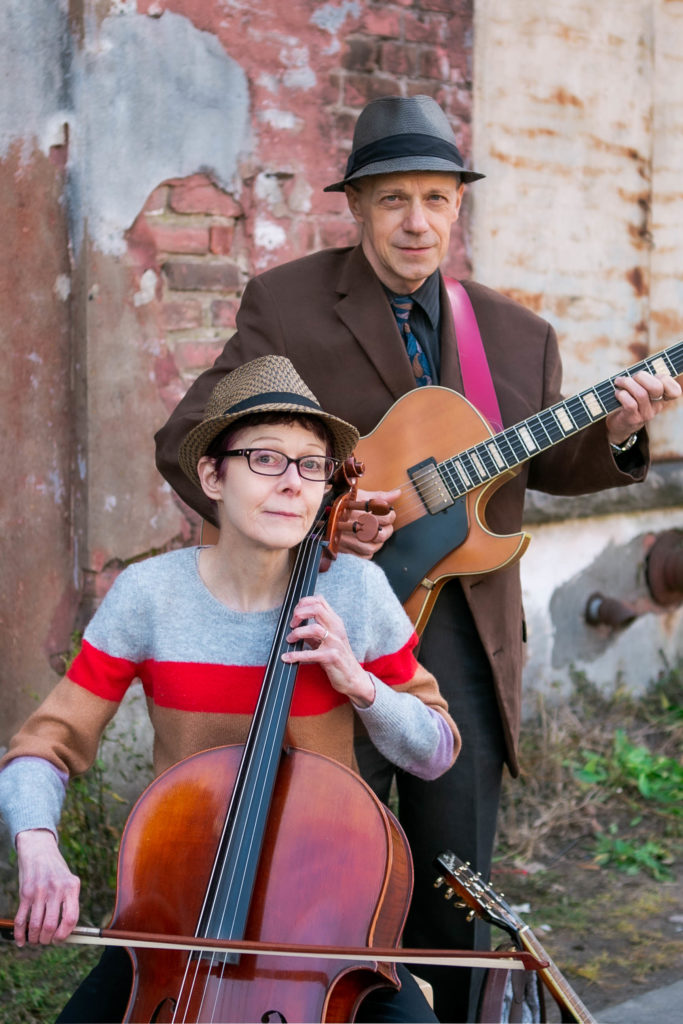